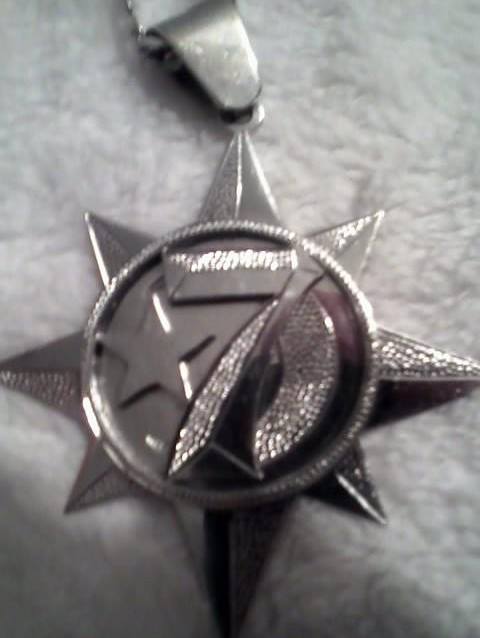 The manifestation of the Universal Flag

The universal flag of the 5% cycle consists of the sun 7 moon and stars. This formation shows the universal state being symbolic of, man, woman, child, and the Universe. The seven represent God or man and the sun. It stands able to show man catering to the womb or equality of the woman (moon). The star represents the understanding of the man and the woman’s unity in the child. The five points of the star show that it possesses God's wisdom giving it the power of 9 and also elevating it to the supreme guidance of the universe. When you add seven to the five points on the star, you will see knowledge and wisdom.

You add on the two points of the moon (wisdom) and you will see Gods wisdom is born to know the culture,  which advocates truth and righteousness in the nation, for within truth is a wise man and his cipher, this is why the star is also the understanding seed (child) and has five points. The 8 points on the flag represent the universal builders and within each point, you have a light side and a dark side, this only tells of the original 16 shades of black, eight shades of brown, and eight shades of yellow. You have four long points and four short points. The distance from the long to short points equals 45 degrees (8 x 45 = 360) showing that the flag is complete. The distance between the long points equals 90 degrees (4 x 90 = 360) this is the completion of life. The 22 points on the flag show victory or wisdom within wisdom or the culture I God.

The original man gave the first proof of the Sun's rotation and shape. He noted the Sun's roundness and saw that the apparent motion of sunspots in parallel lines with diminished movement at the limbs could be explained if the spots were on the surface of a sphere rotating from east to west. The equator is rotating faster than the poles. Unlike some stars, which rotate rapidly and are strongly flattened oblate spheroids, the Sun is a slow rotator and is so nearly spherical that it is uncertain whether any flattening can be detected. A polar diameter 70 kilometers less than the equatorial diameter has been suggested by some observations.

Asiatics have found that most of the matter in the Universe is concentrated in galaxies. Paradoxically, they also have discovered from studying galaxies that the Universe may contain large quantities of mass in a form not observable in galactic systems. The dominant motion in the disks of normal spiral galaxies is a differential galactic rotation, with the random motions of stars being relatively small and that of the atomic and molecular gas smaller still. The rotation curves of almost all well-studied spiral galaxies become flat at large radial distances. Aries (Ram) in astronomy, a zodiacal constellation lying between Pisces and Taurus, at about three hours right ascension. The coordinate on the celestial sphere is analogous to longitude on the Earth, and 20° north declination, angular distance from the celestial equator.

The Universal Flag By A Son Of Allah

The 5-pointed star symbolizes Knowledge, the seed of the child with the power of the Supreme Knowledge that was manifested by W. F. Muhammad as revealed to us by the Almighty God Allah, it is solid black!

The Crescent Moon symbolizes Wisdom for the women (without the child). It shows reflected light (Truth or Knowledge) and is not yet at its fullest Equality. It also symbolizes the Divine Wisdom that was manifested by the Honorable Elijah Muhammad and revealed to us by Almighty God Allah, it is solid yellow! Together the Star and Crescent stand for Knowledge and Wisdom which is the unity of knowing it and speaking it (teaching). It also symbolized the Earth (Woman with Child) a Planet that has Life, and the dominance the woman has over the Seed (the child or the Knowledge) while it is young, and has been the symbol of Freedom, Justice, and Equality since the awakening of Islam in the West of North America. The 7 has 7 sides, it symbolizes the Original Man, the True and Living God, the Supreme Being, Almighty God ALLAH. Since the very creation of mathematics 7 has been the mathematical terminology for the Creator of the Universe. It is solid Black. Together this stands for the Supreme Understanding that was revealed to us by Almighty God Allah himself; it shows a unification of Knowledge, Wisdom, and Understanding, Man, Woman, and Child.

It shows the authority of Allah over the planets and Stars and the proper order of the Universe.

The 7 symbolizes the male seed in full bloom, it shows that God must be the highest. The Master of Wisdom, Culture, and Equality at all times, because they are 6 and can never dominate ALLAH, so they must remain in 6 or distill back to whence they came! Thus No Part of the crescent moon should ever show over the top of the 7! The white background symbolizes the white clouds of deception that have drowned our people in a sea of ignorance, and the feeble attempts of the wicked to conceal the true and living God which is the Son of Man!

The Cipher around the Allah Crescent Star is Black, the Original color of the Sun (anything that burns that hot and that long can’t be yellow).

This symbolizes the Sun, the Universal symbol of Truth and Light; whose power can evaporate all clouds of deception and lies.

The 8 Points are the symbol of the ever-expanding Universe and symbolize the rays of the Sun and the speed and distance that the Truth is capable of traveling.

There are two sides to each point, the left is Black. This represents the original Black Man, the right is Gold. The Gold represents Brown and Yellow Seeds.

The 8 points are a sign of he who is the Master Builder of Rain, Hail, Snow, and Earthquakes!

A Word To The Wise! Beware Of False Knowledge; It Is More Dangerous Than Ignorance!

36 Quotes that are not in the Bible

1.  The time will come when you cannot tell summer from winter but by the falling of the leaves.

2.  Woe unto the dog seller and buyer!

3.  If any man says he is free from sin he is a liar and the truth is not in him.

4.  Death bed repentance will not save the soul on the day of judgment.

5.  It is a shame for a woman to worship with her head bare.

6.  Once in grace always in grace.

10. A woman is not responsible for her sins.

11. There is neither male nor female in heaven.

14. A bastard shall not enter the kingdom of heaven.

15. Woe to them that use instruments of music like David’s in the church.

16. In the last days, men will become weaker and wiser.

17. There is a sickness unto death.

18. God works and none can hinder.

20. Mourn at birth and rejoice at the death of a child.

21. The things I once hated I now love, and the things I loved I now hate.

23. The time will come when the door of mercy will be closed to Gentiles.

26. Cleanliness is next to godliness.

27. It is better to cast your seed in the belly of a whore than to spill it on the ground.

28. God moves in mysterious ways with His wonders to perform.

29. Spare the rod and spoil the child.

31. I have found a thousand men to one woman who can be trusted.

32. God helps those who help themselves.

33. The husband is the savior of the wife.

34. The woman must not seek to rule the man nor dominate the earth.

36. God tempers the wind for the shorn lamb.

37. The world will be ruled by people from the East in the last days of mankind's rule over man. 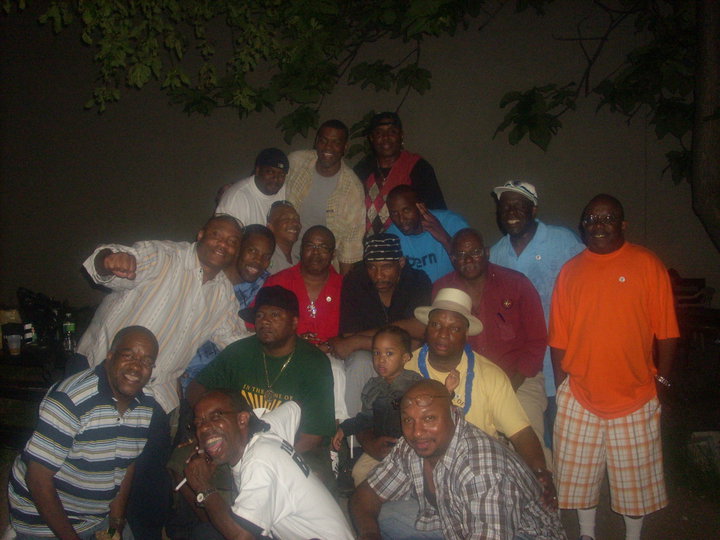