Supreme Mathematics and Supreme Alphabets are the skeletons on which this body of truth is built. The juxtaposition and proportion of both degrees should be fully studied. Practice alone will enable the student to determine how far an analogy may be followed. Again, some analogies may escape a superficial study. Since all things whatsoever may be placed upon Supreme Mathematics and Supreme Alphabets, this preface could never be complete. Even as a flower unfolds beneath the ardent kisses of the Sun, so will this preface reveal its glories to the dazzling eye of illumination. Symbolic as it is, yet it shall stand for the student as a perfect sacrament, so that in the closing of this book they shall exclaim, maybe that of which we have partaken may sustain us in the search for the quintessence, the true knowledge, wisdom and understanding of the Culture that is I-God.

To return to the pure science of mathematics we turn to the primes, zero, one, two, three, five, and seven, for the others are combinations of these primes. This is the equilibrium between the simple and the complex. Six is an idea alone as is 7 and 9; 360 divided by 6 equals 60, the only number that comes out to be itself. Each prime number retains its peculiar significance in its multiples. Instead, to fully understand the mathematics of the 5% Nation, the student should have mastered the definitions of the lessons and the order of numerical sequences. As for the remarks on the Gods in general, many of the names of God, such as the 99 names of Allah, are not really names at all but descriptive titles.

The true name of the creator means that the word represents his Mathematical Formula, the due process of which therefore sets his energy in motion. Therefore there cannot be more true in the names ultimately than there are distinct sounds. A God with a compound name would represent a complex sound, and therefore complex energy.

Such a God would lack the simplicity that is the first attribute of the Godhead, let us look into this a little deeper, there are numerous dialectic changes, and changes due to corruption eventually or to deliberate modification, with such ends in view as the identification of a deity with an important or similar name. With the uncertainty of the English alphabet, it is responsible for the mispronunciations, which are then written down phonetically and again mispronounced, so that in course of time one finds a form that cannot be recognized and then confusion arises from the writing down of the wrong sound such as See with a C, pronouncing the C hard and then to avoid mistakes, replacing it with a K, there is also confusion between I or Y and J, soft G and hard G so that a name originally pronounced with a Y ends by appearing with a hard G. Thus, a God may be worshipped under a corruption of his original name, and by his original character, see the old name of Jesus or the new name of Amen.

The AOFA (Ancient Order of Free Asiatics) & (Son of Man God) is a cooperative production and publishing effort of Asiatics established in 1991 (March 14). The Order had its birth from contributions of literary and music works from many brothers and sisters belonging to the Nation of the 5%. This collaboration was developed as a medium of communication to teach the new brothers and sisters in this nation at large in areas not so accessible to the root knowledge of what our Father (Allah) left his children (The 5% Nation).

It is an educational vehicle to illuminate the truth that is misunderstood by so many in the wilderness of North America, this Ancient Order of Free Asiatics was formulated by Divine Understanding Born Allah aka Divine 39 Allah, and is one of many publications produced by the 5% Nation of Gods and Earths, made available to the public for examination, evaluation, and enlightenment. Today we (The 5% Nation of Gods & Earths) are a growing Nation with many Schools throughout the cities of America. (The Root) Our Headquarters is located in Harlem at 2122 Adam Clayton Powell Blvd New York N.Y. 10027.

The Truth of the Matter

Truth has no question of error, for truth is absolute and factual

The teaching that Truth out of season is a lie, is the biggest lie (in and of itself) and is only accepted by those who do not know and understand the science of life, nor the nature of truth. The truth is never out of season, it is people who fall out of season not and never the truth of a subject. If a person is wearing shorts in the middle of winter or the same said person is wearing a North Face Coat in 90-degree heat, or another fool is in a swimsuit at the South pole, this is like a person holding on to a false belief in the presence of truth made manifest. Seasons are the result of an earthly inclination, parallelism, rotation, and revolution also internal and external manifestations of the planet earth.

These earthly characteristics do not have power or authority over the truth.

Truth is (wisdom cipher) mathematics when the European used tools for space exploration, observation, and measurement to get an understanding of the changing universe (nature) and the relationship that nature has with the original man, woman, child, sun, moon, and stars. What they teach is not absolute it is theory and subject to change, therefore what they teach as truth may be proven to be an error in future years to come. However, the truth of 120 lessons is constant and never changes, and is always absolute.

What is taught today within the science of supreme mathematics will hold true forever. The 85%, 10%, and people who work for them seek to put out the light of Allah the Father with their mouths, but all mighty God Allah has perfected His light though the disbelievers are adverse in their thoughts. The teachings of the Universal Nation of Gods and Earths come to us from the Prophet, WD Fard, and his messenger Elijah Muhummed, and to us through Allah.

These 85% or 10% in our nation do their best to tell us that Yacub was not a man or that he did not make the devil, but they use the teachings of Yacub’s children to prove their point. I say nay, to their false teachings, Peace To The Truth, and the sons and daughters of Allah, The Father.

What does dissatisfaction lead to? Are there leaders or followers in Allah's 5% Nation? How important is it for the 5% to have the exact same 120 degrees?

It is true that there are 5% who have different wording in their lessons. It is also true some even use this as an excuse not to listen to Allah's will which is to become civilized, remain civilized and teach civilization to the other Nations of the planet earth.

There are not any leaders or followers in Allah's 5% Nation. If a man or woman wants to have a set of lessons that is uniform and structured the same he or her can join the nation of Islam were 120 originally came from first. Go follow the ministers of the NOI. You can bet all the Muslims who follow the teachings of The Honorable Elijah Muhummed have the same lessons.

In our history of the deportation of the Earth and Moon 66 trillion years ago; we are reminded of the scientist who decided to destroy the whole planet including himself because he was dissatisfied and could not get everyone to speak the same dialect.

What are some of the lessons to learn by studying the history of Great Grand Daddy Shabazz and the scientist Mr. Yacub?

By examining the history of Great Grand Daddy Shabazz and that of Mr. Yacub we will be given a better understanding of the cause and effect of dissatisfaction. Why did El Hajj El Malik El Shabazz separate from the Nation of Islam? Dissatisfaction is the answer!

Dissatisfaction causes separation! Separation brings about opposition, and opposition causes confusion, the cycle goes on and on in a never-ending vicious circle.

Essentially everyone is responsible for whatever copy of 120 degrees he or her has. Chapter 109:6 Al-Kafirun: The Disbelievers Revealed at Makkah: 6 verses, For you, is your recompense and for me my recompense. Chapter 68:7 Al-Qalam: The Pen Revealed at Makkah: 2 sections; 52 verses, Surely thy Lord knows best who is erring from His way, and He knows best those who go aright.

Chapter 4:164 Al-Nisa: The Women, Revealed at Medinah: 24 Sections, 177 verses, And We sent messengers We have mentioned to thee before and messengers We have not mentioned to thee. And to Moses Allah addressed His word, speaking (to him). (Abraham and his immediate descendants are mentioned first; then follow the three prophets of Israel who suffered great tribulations, Jesus, Job, and Jonah. The next group is that of the four who were both rulers and prophets, Moses, Aaron, David, and Solomon.

But as David and Moses stand in a special relation to the Holy Prophet, the former singing his praises throughout his Psalms and the latter prophesying his advent in the clearest words, they are spoken of separately at the end. The good news which they brought peace and happiness.) Chapter 5: 16-17 Al-Maidah: The Food, Revealed at Madinah: 16 sections; 120 verses, Whereby Allah guides such as follow His pleasure into the ways of peace, and brings them out of darkness into light by His will, and guides them to the right path.

He creates what He pleases. He Allah is the Possessor of power over all things. 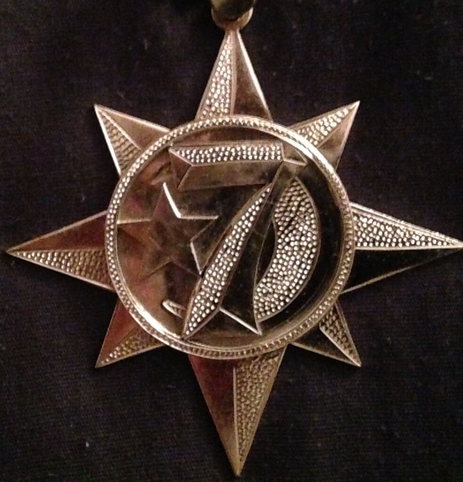