Culture Of The Universe
Past Masters Key

A Free Asiatic National and International Constitution. The Constitution for the Asiatic Nation of North America, referred to as Negro, African, Indian, West Indian and Caribbean etc, by Europeans the world over. This Constitution is the foundation of The Culture Is I-God, book one and two.

The Twelve signs of the Zodiac and the Code of Supreme Mathematics scaling from one to nine and then the cipher, also the Kabbala and the seven sciences, comprise, the Constitution of the living Asiatic Nation of North America referred to as; 'Negroes'  who ruled the Universe, the oceans of the earth and the Twelve signs of the Zodiac before the separation of the Earth and Moon, up and until the Amazon Dutch German, Catholic Priesthood Fathers of the Revolution of 1789 AD, and the Sisterhood of the Magna Charta, also the Emancipation Proclamation, and the Union Society of European Supremacy in the year of 1863 AD.

The twelve Jury-men of the fifty Union States Society and the nine Judges of the Supreme Court were founded upon the Asiatic Nations. Thus, without the Asiatic Nations; the Magna Charta, Emancipation Proclamation and the Union Society’s myth of European Supremacy, could not have been founded in 1863. The Magna Charta granted freedom to the blonde masses. The Emancipation Proclamation reiterated the Slaves as property. The Municipal Civil Law Code of the United States is an incorporated political unit set up by each State of the Union based on the Roman law, England Codes, Spain culture and the Lodges of France.

The Magna Charta granted freedom to the European masses. The Emancipation Proclamation reiterated the Slaves as property. The Municipal Civil Law Code of the United States is an incorporated political unit set up by each State of the Union based on the Rome, France and England.

Since the twelve Juryman's of the fifty Union States, Magna Charta and their document of European - American Supremacy, and the nine Judges of their Supreme Court were founded upon the Zodiac with Twelve signs and 1-9 plus 0 Supreme Numbers, then, the Lawmakers do not have any jurisdiction over any of the Free Asiatics in the inherited land of the United States of America, Canada, Central and South America etc,. The Magna Carta, Civil Law Code, governs the rights and conduct of the Europeans and European-Americans.

The Free Asiatic Nationality and their Titles and/or Family names such as: Shabazz, El, Dey, Bey, Allah, Ali and Al etc, are their inherited title and or last name, without legal due process of the Lawmakers (Rule-makers) of the Union Society, because what our Fore Fathers were, we are that today without a contradiction. This planet is the inherited home of all Earthlings (Asiatics & Europeans). *(Note: 99 Family Names)

The Asiatics, referred to as Negroes; can never, become members and citizens of the Union Society of the fifty States. Therefore, they cannot be forced or drafted into the Unions, Army or Military service to fight for the Magna Charta, and its code of European—American supremacy.

The Rule-makers of the 50 States Union Order, cannot force the Asiatics to pay taxes, because taxation without representation is a supreme violation of the Unions Constitution. The Union Lawmakers (Rule-makers), should denounce their immoral Magna Charta Code and resort to the Constitution for the United States.

The Asiatics should not be compelled to pay labor taxes, because everyone in the Union Society should not be tax on their labor by the Rule-makers of the US government. The Asiatic Nation does not have any room for ignorance, crime, drugs, slavery, race, color, war or injustice.

Every Lawmaker and the heads of industry and business enterprises of the 50 States Union Order are obligated members and citizens of the Magna Charta, Christian Church and Temple system of Christ, King of the Jews, meaning Jury over the wealth and freedom of the true and living Asiatic Nation of North America. Therefore, by the Asiatic Constitution, the names such as b.u.t. not limited too; Ali, Bey, El, Dey, Al, Shabazz and Allah etc., can create adequate employment, food, clothing, shelter, love, peace and happiness. The Asiatics, will and must demand respect for women and children.

The Asiatic man must and will protect the children from mob violence, rape and injustices, without being obligated to the Union Church and Religions system of the Order of Christ, the European-American Father, Son, and Holy Ghost. Truth needs no doctrine because it is supreme. Money does not make a man, it is free national standards and power that makes a man and a Nation.

Truth cannot be altered and therefore it does not need an apology, neither God’s doctrine, because it is supreme thought for the entire Asiatic Family, man woman and child, all those who claim their National descent names; shall be free Asiatics the world over.

The Brotherhood of Christian sons made up the marriage laws founded on the teachings of the church fathers of the Roman Catholic Priesthood. Thus, the Sisterhood Christian Daughters of the American Revolution (DAR) also help established the marriage license, States rites and codes.

The Pope, Priest, Preacher and Judges of the Christian Society know that Adam and Eve did not have a marriage license, the marriage licenses, does not belong to the teachings of Jesus.  The marriage license code is an act of selling man and woman to one another. This is what the European-American has done to his woman and by doing this has made her and him a slave to the State. The marriage laws came from the Roman Nations of whom crucified Jesus of Nazareth (Matthew 27:27), Ihshvh (Yeheshua) the Savior symbolize by the pentagram on the cross. Preachers, money, license, nor Religions will ever be are needed in the marriage rules of the universe.

There are not any illegitimate children that can come from woman, who is the gate of creation of both male and female children by the laws of nature. Man is the creator of both male and female children through his seed, IHVH is the Grand Architecture of the Asiatic family. (Adam) means, the positive and negative forces in the son of man, and (Eve) means the neutral forces of woman and daughters, responsible for a nation under reproduction of children.

People born under the opposite signs and the angle signs are in harmony with one another in ever manner. First hand knowledge of the sign under which you and your mate were born, will guide your destiny in Love, Peace and Happiness, this is not a theory. Man and Woman will know their duty toward each other and their children without being forced by the traditional code of the courtroom.

The Union Magna Charta marriage license code caused the woman and man to be cut off from the family of the Universe. The women of this world were social slave against their will and desire. A preacher, money license or religion is not necessary in the standard marriage law. The Zodiac is the standard for marriage and Asiatic guidance.

By not following this law can cause the people to carry in their brains a secret sorrow and anger which causes their children to inherit a tendency of crime, hatred, insanity and various other diseases. The Twelve Jewels or Zodiac Marriage Laws can free Man and Woman. The elements of the signs are man and woman, the opposite signs are man and woman and the first marriage came from the Zodiac.

The Asiatics of North America are descendants of the Ancient Canaanites, Moabites, Hamites, Cushites, Shemites, Japhethites, Chalideans and the Magis of Egypt etc. The Free Asiatics are guided by the laws of the Universe. The European—American is guided by the Magna Charta traditions and customs. The Christian Law system is a rule of actions recorded on paper and supported by force in the form of Protocols. The Laws of the Original Nation are recorded in nature as knowledge of the Sun, Seven, Moon, Star and Comets; this will prevent the Asiatics from indulging in crime, then we as Asiatics will not have to appear in court to stand trial. Free Asiatics do not indulge in criminal acts such as Cocaine, Robbery, Violence, Sodomy, Deadly-Force, Forgery, Prostitution, Illegal Schemes or breaking peace in any form.

The 1863 Bible Story of Adam and Eve were founded upon the twelve signs of Law, Positive and Negative forces of Nature, also male and female ciphers of life. The European—American, his customs and traditions, must be respected by all the Asiatic Nations, without submitting to the Magna Charta. The Asiatics land extends from Alaska to Chile. In favor of Justice: Learn the Laws of the Universe. Asiatics should not remove their Fez, (He-Rule) Turban or equivalent etc, from their head in any court room in the Union Society. This Constitution and card and book definitely do not protect criminals. Beware!

The Asiatics cannot be forced to take an oath over the Bible. The Asiatics should not employ unconscious Lawyers to represent them, Europeans and their unconscious 'Negros' can never represent a Free Asiatic. The 'Negro' is the property of the Union Society slave holders.

The Asiatics must respect the court room by saying: 'I affirm that I will keep all part or parts of Constitutional Law, which I have received as an Asiatic, also let it be recorded that this Union court does not have jurisdiction over a Free Asiatic'. This makes you qualified to be defend by the Constitution for the United States of America.

An Asiatic, must never attempt to teach or lecture in the Christian Institutions, it is a violation of the Magna Charta code of Mary and Christ, for the Union States. Do not criticize the European—Americans belief in the religion of their son and woman image. The “Magna Carta”; is a Latin phrase meaning Magnate Charter of European economic and social attraction, which had its beginning in the colonies of New Amsterdam, Pennsylvania, Ohio, Michigan, Indiana and Illinois in 1848, thru 1854.

Culture Is I-God (1 & 2) Your Masters Key Of Civilization All Rights Reserved For All Free Asiatic people. This is the Asiatic Constitution for the Asiatic Nation of North America, referred to as; Negro, African, Indian, West Indian and colored people, by Europeans. Ones reproduction of this Constitution is subject to a penalty. This Constitution is the foundation of: The Culture is I-God, Volume I and II.

If the lawmakers of the 50 union states of North America. Should attempt to ignore the Asiatic Constitutional Law and Birth Rights of this document. It would be an act of supreme violation of their own Magna Charta Code. 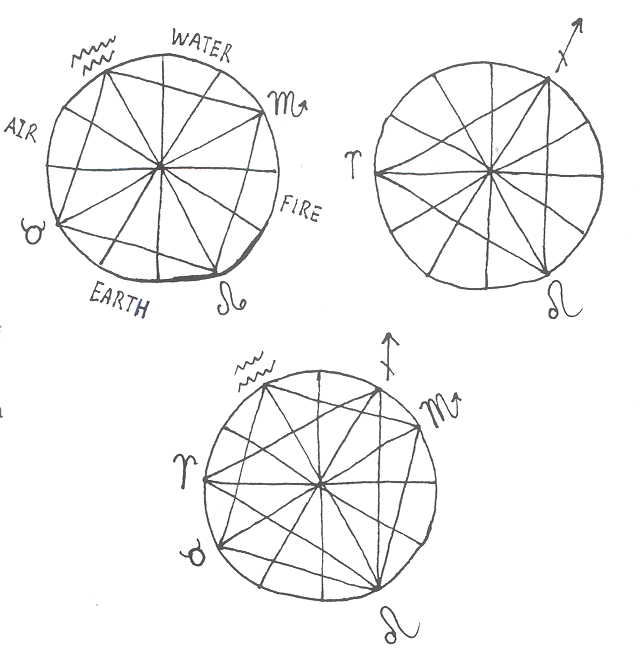 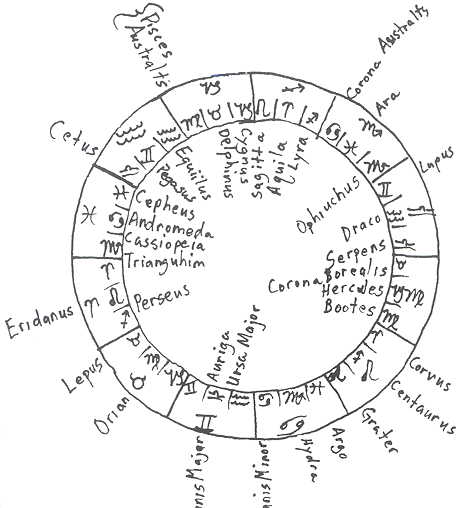 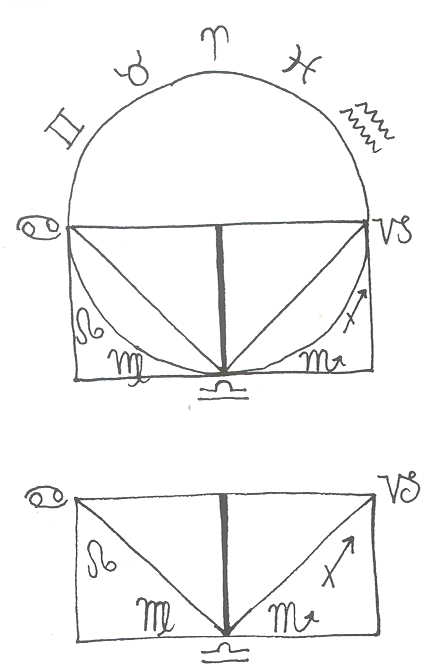